This is the second part of our beer themed river cruise focused on beer themed events.  Part 1 described the incredible experience we had in Prague, Pilsen and our arrival on the AmaDante.  In Part 2, we'll describe some special beer events in several of the German towns we visited along the voyage.  If you've missed it, check out the Overview blog post to catch up.

Our beer themed tour picked up exactly where the regular town walking tour stopped - drinking Rausch beer at Brauerei Ausschank.  Bamberg is famous for smokey tasting dark beer and this was an excellent example. Following Don Russell (aka Joe Sixpack) we then walked out of the old town, across the bridge to Brauerei Spezial.  Once we sampled several excellent local beers, we walked across the street to Baureri Fassla. There’s also an excellent bottle shop around the corner that several in our group availed themselves to.  Fresh German beers from the tap - Prost!

After our tour of the Residenz in Wurzberg, we were bused to Wurzbrger Hofbrau.  This is a traditional German brewery (follows the German purity laws). Mike the brew-master walked us through 6 different tastings described below.  What's a beer themed river cruise without lots of brewery fresh German beers and bretzels?

Mittenberg - a surprise on our beer themed river cruise

What turned out to be one of our favorite beer tastings was at Faust Brewery in Miltenberg Germany.    The ship actually docked in Wertheim on a beautiful Fall day. Our beer group went on a 20 minute scenic bus ride along the Main river to the beautiful town of Miltenberg.  As we walked to the brewery, the church bells were ringing very loudly for at least 10 minutes.  No way anyone in town sleeps through that.

Our first stop on the tour was a tasting - nothing like beer on a Sunday morning!  We got to pick any of several varieties including :

Next we did the Brewery tour.  The process starts at the top and uses gravity in the process.  The open fermentation tanks were frothy and the view from the top storage tanks was serene. We were even treated to a tour of their caves, built into the side of the mountain to keep the barrels cool during the summer.

The View from the top of Faust Brewery 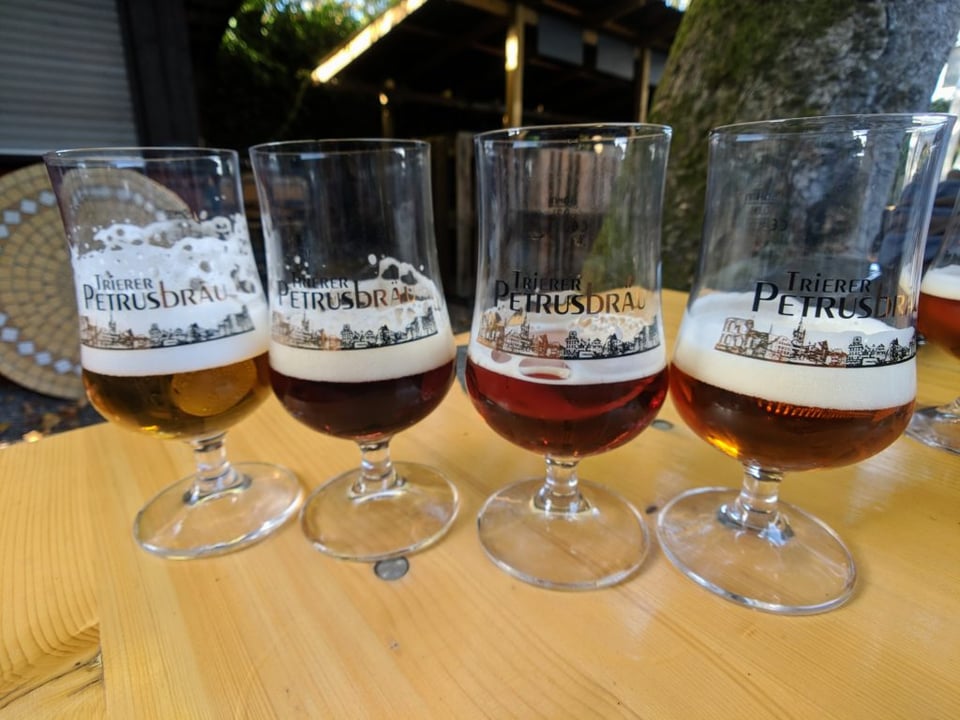 After the normal Trier city tour we went to a local brewery - Zum Petrusbrau.  This very small brew pub had a lovely bier garden where we enjoyed an afternoon drinking any of the following:

They were kind enough to open up an hour earlier just to accommodate our group.  As Trier was our last stop, this was a great way to end our beer themed river cruise.  Just think, 2000 years ago, Romans were probably in this very spot, doing the very same thing - drinking.  The more things change the more they stay the same.

There were also several bottle swaps in which members of the group purchased a wide variety of beers from the local bottle shops to share.  One of the nicest was while cruising the Rhine Gorge. Because of very low water levels, we had to wait till evening to make the run up the Rhine river from Rudensheim to Cochem.  We asked the bar staff to bring up many of the remaining beers in an ice bucket and made a circle of chairs up on the sun deck. Except it was the moon deck! The castles were beautifully illuminated on both sides.  Drinking local beers, talking with great people, watching castles go by…..what a great way to spend an evening. 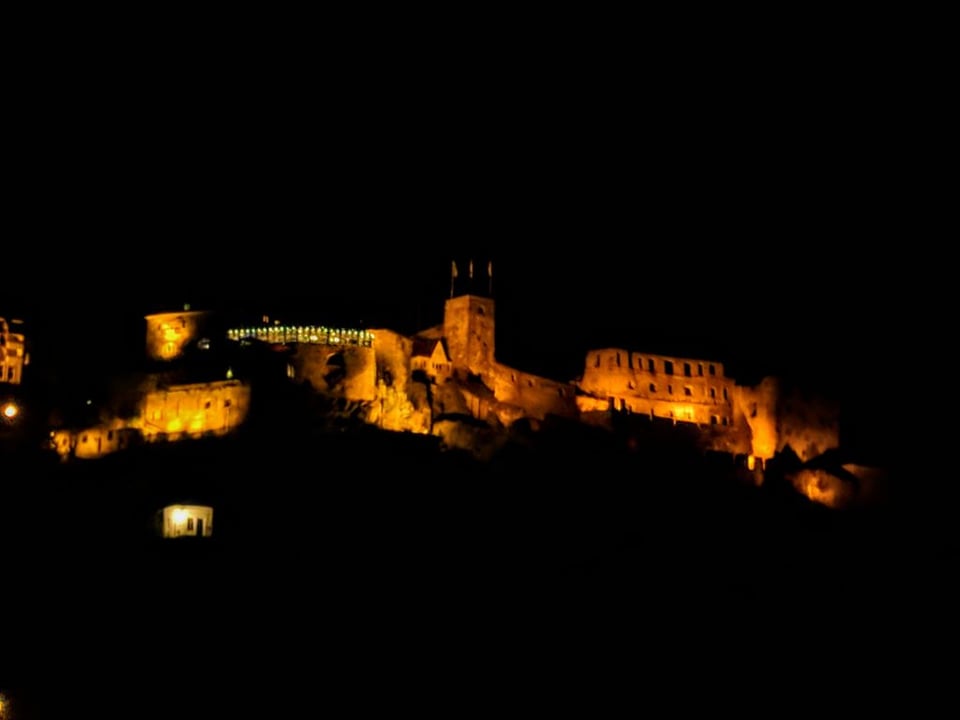 We had both classic Czech pils, unfiltered pils and some German style pils. Lots of German lagers, smokey beers, bocks, double bocks, dunkles, Schwarzbier (German dark beer) and everything in between. And lots of pretzels / bretzels.  It’s so fun seeing the different brewing methods and how they each turned out. Most of these beers are simply unavailable in the US. Some are not pasteurized and so shipping is impracticable; most others are simply too small to export.  And demand from the US is simply not that great anymore now that there’s so many domestic craft breweries. Yet it was great drinking fresh Czech and German beer as well as trying so many great bottled beer.

The best of a beer themed river cruise

And the best part?  Every night we get to come back to the AmaDante, have gourmet food, talk with even more interesting people and wake up in the next city without packing / unpacking.

Did you catch the video summary from Don Russell of our beer themed river cruise in the Overview blog?  If not, take a listen here, since it's a great way to summarize the beer themed events.  Next blog, we'll talk about the ship - AmaWaterways AmaDante.

A beer themed river cruise has so many events we need two separate posts to fit them all in. Don't...