Today we start our river cruise from Budapest, Hungary to Bucharest, Romania aboard AmaWaterways' AmaBella.    Follow along as we traverse the Balkans and brush up on communism, the Ottomans, eastern orthodox Christianity and some modern wars as well. 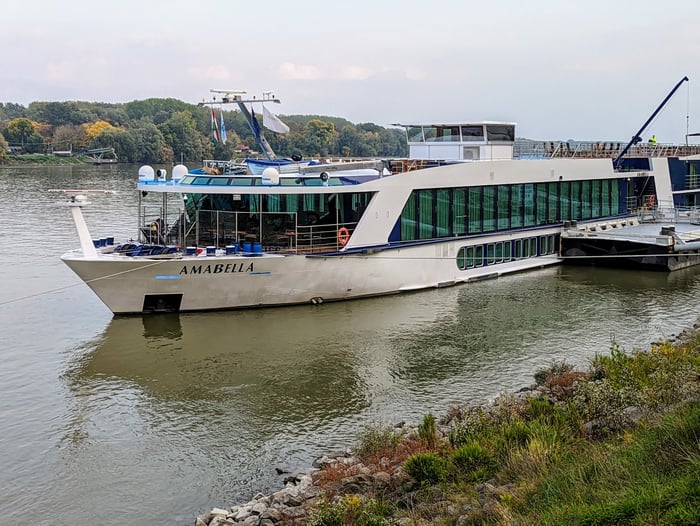 Once we land in the Budapest airport, we found our way to the AmaWaterways transport agent after we picked up our luggage.  We were escorted to a bus and transported about 35 minutes to our ship.  By 4 pm we were fully unpacked.  One reason we love river cruising is that we only have to pack and unpack once per trip.  And it was really easy to navigate all the logistics.  We cleared passport control in Frankfurt and so it was very easy to enter Hungary.  After dinner, we got ourselves oriented and savored that first night's sleep given the previous night was spent in an airplane seat.

The ship sails directly out of Budapest downstream on the Danube.  If you want to see any sights in Budapest, you'd need to arrive a day or two before.  Lots of people do this but since we'd seen Budapest several times before, we decided to arrive day of cruise. 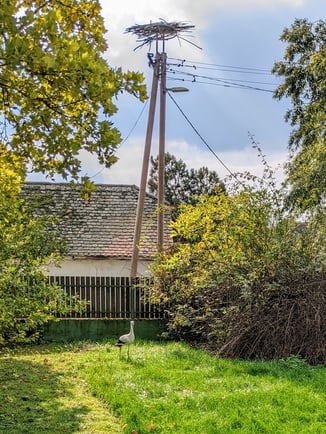 The ship is still moving in the morning of the second day which gives time for the cruise manager  to present an overview of the stops and excursions for the week.  It promises to be a nicely balanced cruise with lots of choices in countries that frankly, we just don't know a lot about:  Hungary, Croatia, Serbia, Bulgaria and Romania.  We learn that this place is generally referred to as the Balkans and includes much of the former Yugoslavia (a country formed from the Southern Slavic groups), other formerly communist countries and the cruise traverses a large dam with locks as well. After lunch we arrive at the small town of Mocacs, Hungary.

As in almost every stop on an Amawaterways cruise, there's several choices of excursions.  Most people do an excursion to Pecs, a really picturesque Hungarian town.  One of us decides to go on a bicycle ride around Mocacs enroute to a stork  museum / breeding area.  The ride was so refreshing after all that travel and the weather fully cooperated on this mid October day.  The storks had already migrated south, but there was an injured one to see up close as well as their giant nests and a nice little museum with stork flying routes and wildlife exhibits.  On the way back, we toured the village of Mocas which was certainly pleasant enough.

We both walked around the very nice central part of town.  The town is most famous as the place that repelled ancient armies from invading Hungary by wearing scary masks to scare the invaders off. That's the picture that's on this blog post's thumbnail.  This same story is celebrated today with a very large (150,000 person) annual festival.

Tomorrow we continue downstream into Croatia.

This post about the private island continues our series aboard the Paul Gauguin cruise leaving...

This post kicks off our series about our trip on Paul Gauguin's Tahiti & The Society Islands...