We continue our voyage on the AmaBella down the Danube. Today we sail through the narrow Iron Gates gorge and explore a castle.  Here's our previous day in Belgrade. 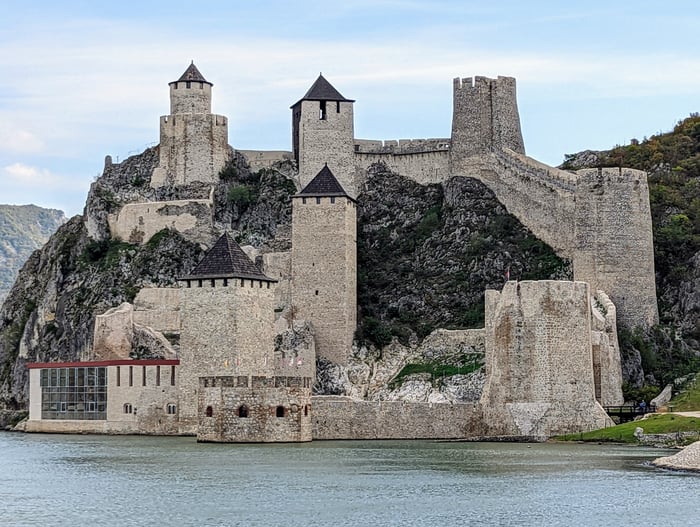 Golubac Fortress from the water 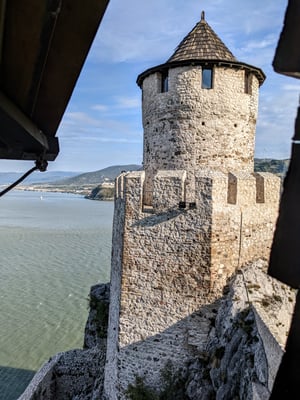 Golubac Fortress is a fully restored fort located at a strategic location along the Danube, at the entrance to the Iron Gates gorge.  Originally constructed in the 14th century, it was built by the medieval Serbs or Hungarians and eventually conquered by the Ottomans.  But through the centuries, control of the fortress went back and forth between the Serbs, Hungarians, Ottomans and Austrians until the fall of the Ottoman empire in the 19th century.   Part of the fortress is submerged however, because water levels increased due to  the downstream Danube dam.  The European union paid for full restoration in the mid 2010's.   We hiked to the top and were rewarded with commanding views.

At this point, the Danube narrows from 6600 meters wide to about 160 meters wide.  In the photo on the left, you can barely make out a fort on the opposite bank.  This was built by the Hungarians explicitly to take over Golubac.  The failed attempt was one of many.  Also visible (just below the corner of the roof on the left side of the photo) is a white rock protruding from the Danube. This was used to tie one end of a chain anchored to the fort on the other end, to force passing ships to pay a toll.

The rest of the afternoon was spent sailing the Iron Gate gorge. Many early human settlements are found along this part of the Danube due to natural caves resulting from the soft limestone.   For centuries, the Danube represented the northern border of the Roman Empire.  Trajan built a bridge spanning the river in the year 105.  A plaque, erected by Trajan's soldiers still stands on the spot commemorating this engineering achievement.   In 1960's the Romanians and Yugoslavians erected a huge dam on the river which flooded many early settlements and towns.  Cruising along the river provided commanding views of the dramatic landscape.

Soon enough it was time for yet another fabulous dinner. 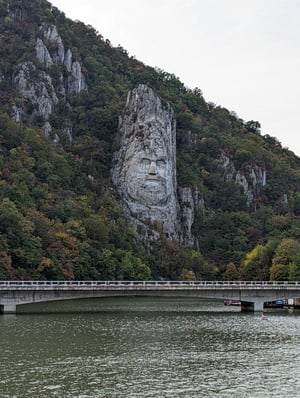 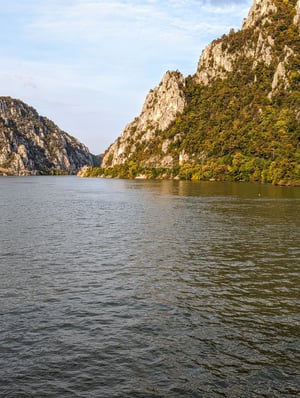 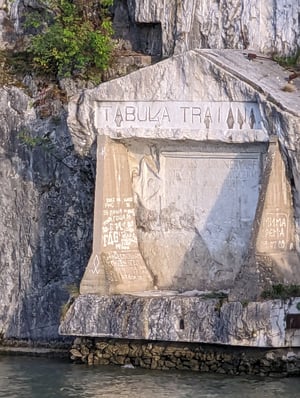 Left: Recent Rock carving of Decebalus commissioned in the 1990's.  Decebalus fought against the Romans and is regarded as a hero in Romanians.  Middle photo:  The Iron Gate Gorge.  Right photo: Plaque commemorating Trajan.

Want to learn more about Venice and river cruising it’s Lagoon?  Then read about our trip aboard...

Gems of Northern Italy - Day 6 Burano and the Northern Lagoon

This is the sixth in our series on Uniworld’s Gems of Northern Italy river cruise.  To read from...