This is the last full day of our Gems of the Danube river cruise aboard the AmaBella.  Here's our blog from day 6.

We decided to attend the city walking tour since we've never been to Ruse, Bulgaria.  It's  much larger than Vidin and we were curious to see what a larger Bulgarian town looked like.  As you can see from the photos below, it has cultural history, a well kept central square and and architecturally interesting shopping district. 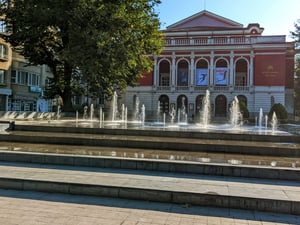 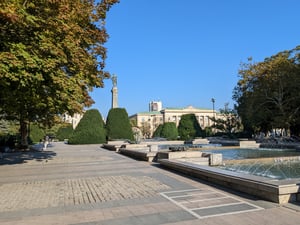 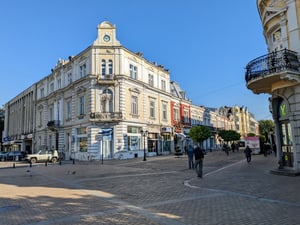 The town opera house is the red building in the left photo.  It stands in a prominent location approaching the main town center behind the city hall.  For a city of this size  (about 150,000) to have an opera house, speaks of the cultural heritage of the place.   The city is birthplace of a Nobel prize winner and numerous luminaries in literature and the arts.  The middle picture shows the central town square.    The Liberty monument is the tall monument in the middle and is circa early 20th century.  The photo on the right shows the shopping district.  The city if filled with Baroque and Rocco style architecture.

The population has been declining since before the end of communism. It's a city with a proud history and uncertain future.

After touring the city, we travel about 30 minutes to an old church. These monks chose a very introspective way to worship, akin to Buddhist monks.  They lived alone or very very little contact with the outside world and spent many days in an trance - seeking to gain wisdom and closeness with spirituality.  To accomplish this, they settled in a series of limestone caves.  Over the centuries, artists were brought in to paint frescoes in the caves.  One such cave is well preserved with original works and became a church.  It's now a UNESCO site.   It took a little bit of a climb hike to get there, but it was well worth it.  These 13th century depictions of bible scenes are striking in both color and dynamism, given they were done years before the Italian Renaissance.  You can see the vibrancy of the colors are still intact after all these centuries as well as the almost cubist feel to them. Remember, these are painted on pure rock!   The photo at the bottom right shows the original entrance to the cave.  There's no doubt there was plenty of time for meditation. 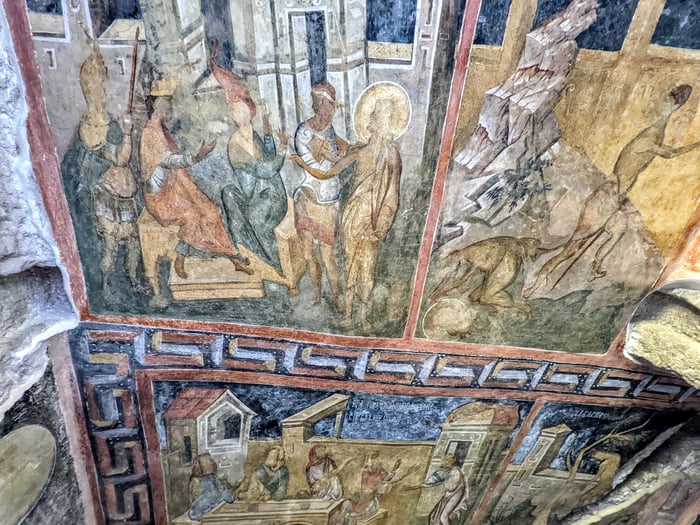 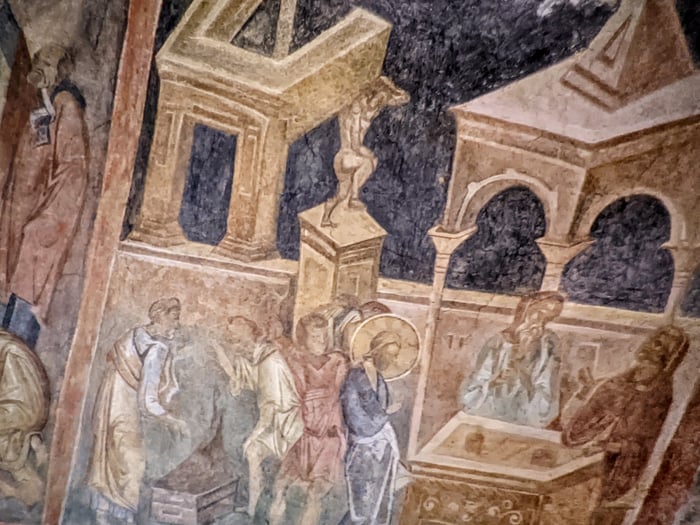 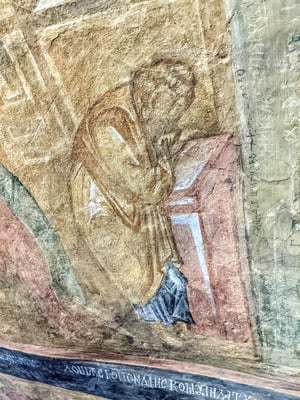 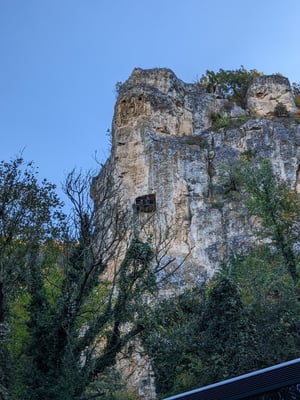 Paul Gauguin cruise - Moorea day at the Intercontinental (10 of 11)

This continues our series about our Paul Gauguin cruise.  If you missed the rest, start reading here