In mid Oct 2018, we went on AmaWaterways Paris and Normandy river cruise.  This blog will list some highlights.

The cruise is round trip from Paris, making plane connections easy.  The ship docks just down stream from the Eiffel tower and is therefore convenient from any hotel. The AmaLyra is one of AmaWaterways "classic" ships, meaning the rooms are all French balcony rooms. The AmaLyra features two restaurants, a hot tub, plenty of space on the sun deck to relax and lots of the usual AmaWaterways amenities.

The trip is entirely along the Seine river and goes all the way to Le Hauvre before returning to Paris.   Every day features a different destination with interests ranging from medieval villages to impressionistic art to 19th century French life to 20th century world history.  You'll see the big city lights of Paris, tiny villages and seaside chalk cliffs.  All the while you'll be able to enjoy the French countryside as well as tremendous French food

This tiny village is home to Chateau Gaillard, Richard the Lion Hearted fortified castle completed in 1198.  The area is filled fascinating geography (white cliffs), history (from Romans to the French Empire) and serenity being somewhat isolated from the rest of France.  Most people did the Chateau Gaillard tour; as this is something we've already done, we opted fro the local Bike tour. While we bicycled past the foot of the castle (and stopped for a bit of a history lesson) we also visited a local church circa 12th century, as well a greater Andelys where a a WWII glass factory still stands. The factory probably saved much of the town from being entirely destroyed since the Nazi's found the glass factory useful for their purposes. We also rode along the Seine. 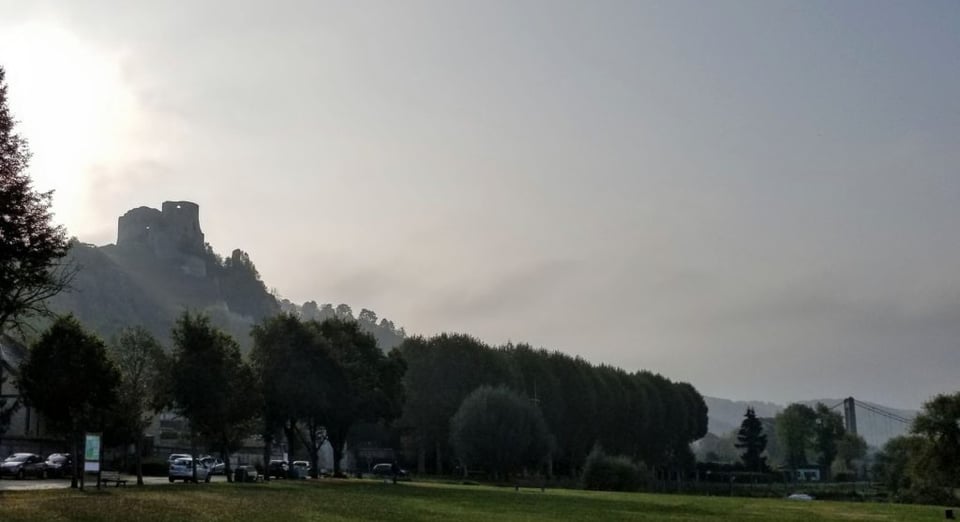 The Seine from our Les Andelys Bike Ride

Le Havre was completely bombed out in WWII and subsequently rebuilt as one of the first planned cities.  The architecture is uniform and unique which earned it a spot on UNESCO's world heritage list.

We decided to go back to Honfleur in the morning.  It's simply a beautiful and historic spot. Many half timbered houses survive from the 14th century.  This town has seen the British invasion of Normandy in 1419 and was the launching spot of Champlain when we founded Quebec in 1608.  There's a rare wooden church dating from 1456.  We'll let the pictures tell the rest of the story. 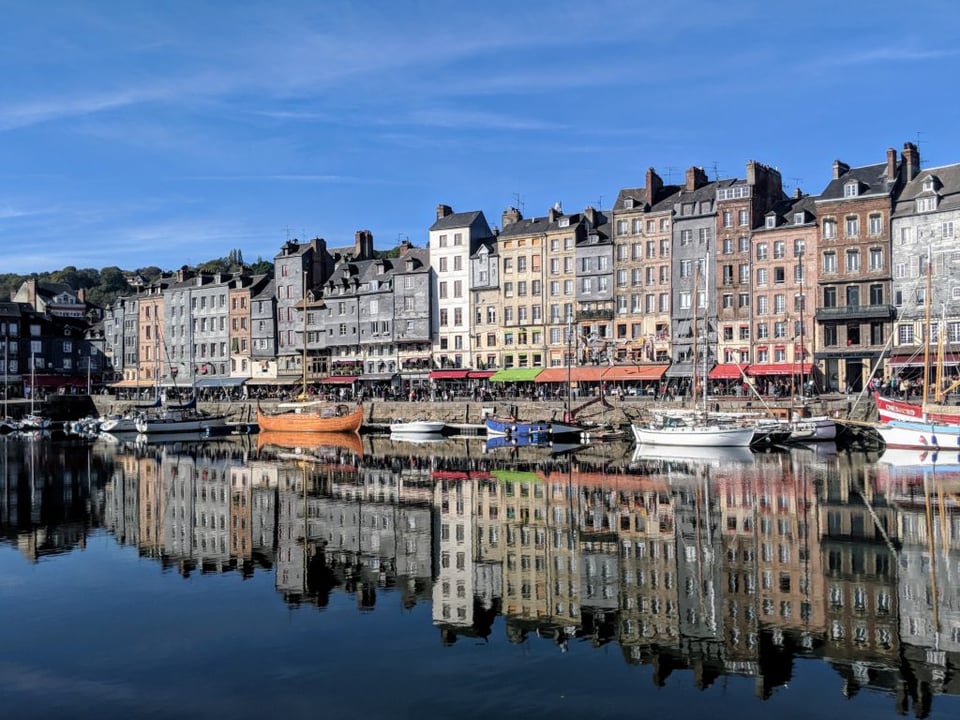 In the afternoon we went to Etretat which is a famous beach community frequented by Monet and other artists.  The beach is not sand - it's pebbles.  Walking up to the top was a bit of work but well worth the views.  Again, the pictures are worth a thousand words.

After leaving the big city Paris, a few days on River Sienne feels so serene. From the tiny enclave of Les Andelys to the charming town of Honfleur to the picturesque Etretat, it's a world apart from Paris.  This part of Normandy really hasn't changed much in hundreds of years.  And that's really one of the nicest things of coming here - it's nice to see consistency across time. AmaWaterways' Paris and Normandy river cruise combines luxury travel and explorations.

The next blog will pick up on the beaches of Normandy.

For more on river cruising check out these blogs:

Typical day on a river cruise

What is the best river cruise itinerary