We recently sailed on one of the newest of the new ocean cruise ships.  As part of our 2018 Avoya Conference (Day 1, Day 2, Day 3 morning, Day 3 afternoon), we  were on the Norwegian Bliss Inaugural and were very impressed with the ship.  Next, we wondered how much the ship costs.  In our research we came across a couple of CNBC posts that we thought interesting to share. 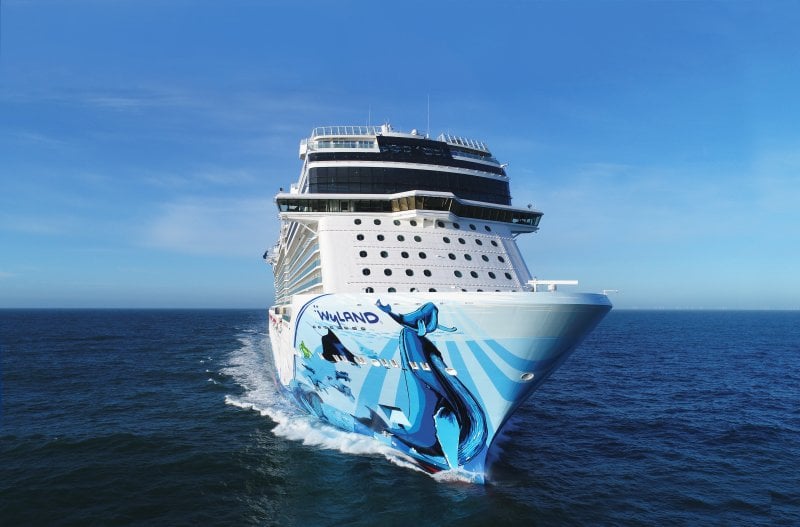 Here's the first short post from CNBC called "This $1 billion cruise ship with a race track hopes to dethrone Carnival and Royal Caribbean".  Watch the short video and get a feel for that go kart race track.    Here's some of the information in the video:

And, consider what we heard at the Avoya conference that bookings are up over 20%.  So clearly there's demand and the cruise lines want to fill that demand with new ocean cruise ships.  The Bliss is a fabulous ship, filled with fun entertainment and lots of eating and drinking establishments.  It has a luxury "ship within a ship" called The Haven but also offers a very low price point with cabins designed for solo travelers called Studios.  Both the Haven and Studios have their own lounge.  Neat!  And check out our review of the Bliss which we found to be a blast. 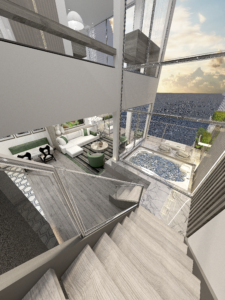 Celebrity Edge features some unique cabins like this Villa

We also found a short video on Celebrity's newest ship, the Edge.  There has been a lot of buzz about the new Edge this past year and bookings have been very strong.  This ship is elegant and has some very unique design features like a floating restaurant, unique spa and some very unique stateroom designs.  In fact, at the Avoya Conference we heard our Celebrity representatives tell us that they will be retrofitting much of their fleet to have Edge like amenities and staterooms.

What do you get for a billion dollars?

Not surprisingly, Celebrity's ship turns out to be about 30 - 37% more expensive on a per passenger basis.  Why is that not surprising?  Well, Celebrity is in a premium class.  Royal Caribbean generally competes on the same playing field as Norwegian.  The NCL folks would argue that booking a Haven suite on the Bliss is a luxury experience - though you'll find they are priced accordingly as well.

A billion here, a billion there, pretty soon it adds up to real money

So what does a billion dollars get you?  In the case of Norwegian - lots of entertainment and choices.  In the case of Celebrity - elegance and unique offerings.    It just depends where you as the consumer want to spend your money.  Both  new ocean cruise ships are meant to set new bars in the industry.  Both ships are meant to capture the growing consumer demand for ocean cruising.  Real money?  Absolutely.  So far, cruise ship fares are increasing.  We're seeing less price based promotions (dropping the price to capture market share) and more value promotions (where the cruise line will throw in an additional amenity for the same price).

Do only the very rich get to experience life aboard a billion dollar vessel?  Not any more...let us know if you're interested and we'll get on your way.

Budget cruises - is this the ocean cruise for you?

Change your mind about ocean cruising