We continue our series on AmaWaterway's Secrets of Egypt & the Nile.   Click here to start from the start of our trip .  We start the day very early for our flight to Abu Simbel.

We need to be off the ship today by 5:15 AM.  Why so early?  There are two dams near Aswan. The first one, built by the British in 1902 proved to be inadequate to control the worst of the flooding. The second dam, using Russian money, was much larger and called the "high dam." This second dam created a huge lake (Lake Naser) which filled in vast acreage, including, several invaluable ancient Egyptian Temples, such as Abu Simbel which is located approximately 280 km south of the city of Aswan.

So, the ship can go no further South than Aswan. And to go Abu Simbel and back in a day requires a plane ride.  Under normal conditions there's a plane every 30 minutes but due to COVID  induced small crowds, flights are limited.  So why so early?  Because we need to be at the Aswan airport for their morning flight to Abu Simbel. 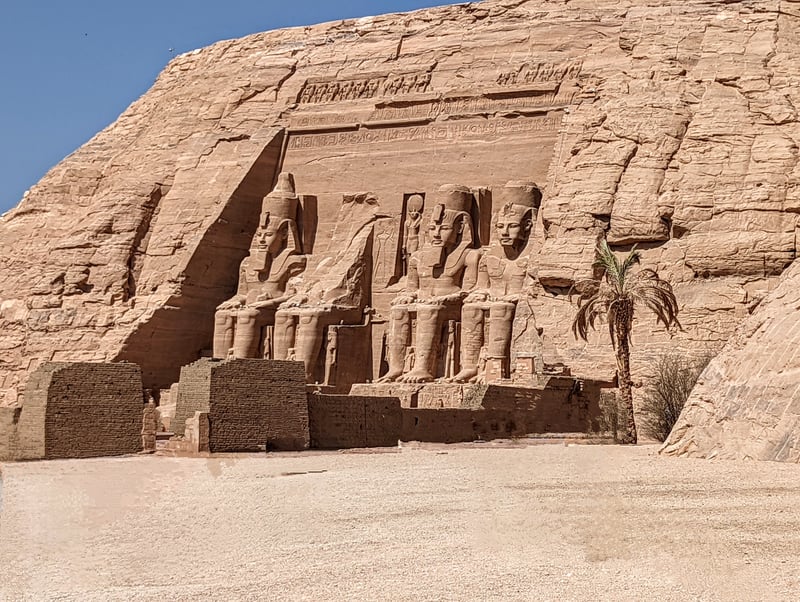 The massive facade of Abu Simbel.   Each figure is 66 feet tall. 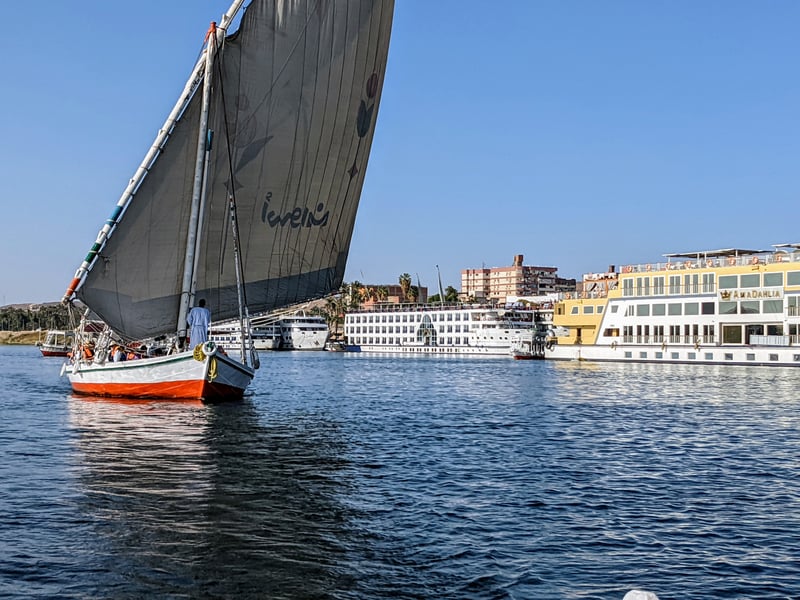 Felucca on the Nile with the AmaDahlia in the background.

After arriving back on ship (short bus ride from the temple to Abu Simbel airport, 35 min flight back to Aswan, short bus ride back to the ship) we had lunch and some downtime. Later that afternoon we took a relaxing sailboat ride on a Felucca.  Occasionally we'd be treated to some kids paddling up to our boat and singing French songs- sometimes in strikingly good harmony.  It was all to get a dollar from a sympathetic tourist.  We sailed up the Nile to the Catarack Hotel, where Agatha Christy wrote "A Death on the Nile".  Our Egyptologist occasionally gave us some background on the sites but for the most part, it was just a fun little cruise.

Next up:  Nubians and  Crocodiles