What do Nubians and Crocodiles have to do with each other?  Today we find out!  We continue our blog series about AmaWaterway's Secrets of Egypt & the Nile.  Click here to go to the start of our blog series. 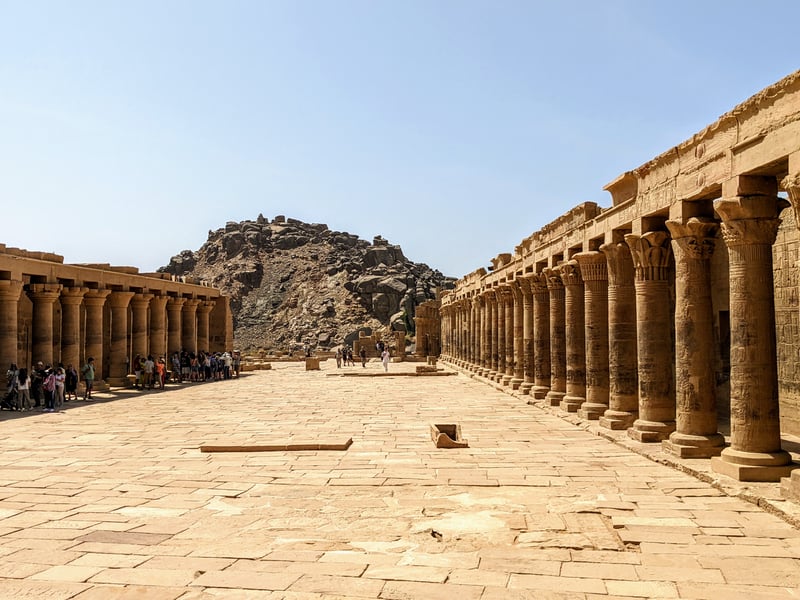 Outer court at Philae Temple.  Columns on the right are highly decorated.  Those on the left are between crudely decorated with some left totally unfinished.

Philly is no Philae

This morning we take a short boat ride to the Philae Temple.  This is a fascinating  Temple built and used between 200 BC and 400 AD.  The open air portion of the temple shows Hellenistic columns of great detail on one side but some columns were were roughed in and others barely even started.  Christianity took hold before they could complete the Temple and so it remains unfinished.  As we see in many Temples, the early Christians defaced the depictions of the idol worshipped gods.  But the early Christians had to practice in secret and chose to reuse the Egyptian Temples; there are several secret crosses (Maltese crosses) carved into the Temple walls as evidence.  There's even a chapel area complete with an alter,  a niche, and completely blanked out walls so as not to distract the early Christian worshipers.

Inside the Temple is the usual Holy of Holies area with alter and hieroglyphic prescriptions about how to perform specific ceremonies.  This Temple is mostly dedicated to Isis and Osiris whose story is detailed on the Temple walls.  Other Temples on the property have Roman influence.

One of the earliest Christian churches in Egypt showing blank walls (used to be filled with Egyptian gods), alter and Maltese cross used to hide their practice from the early Romans 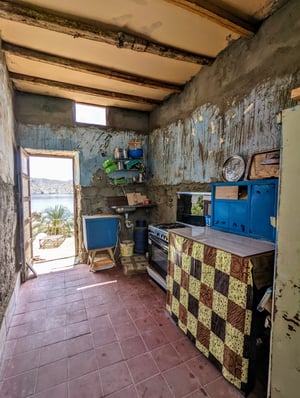 Next we take a short boat ride to a small Nubian village. We greeted with hibiscus tea and lots of dancing.  The drummers are terrific and very hard working putting down an infectious beat.  The Nubians are much more dark skinned than the Egyptians with a civilization rooted in a similar period to the Egyptians. They controlled much of the gold mines which supplied the Egyptians in ancient times. Much of their civilization is now under Lake Naser. The government relocated many to the shores of the lake, like the ones we visited. These are fun loving and kind hearted people.  We're shown around a house of a women with four children; she makes her house available for touring to raise money for herself.  It's very basic - there's a central living area, several bedrooms, a small kitchen and an outdoor courtyard with a washing machine - but has electricity, running water and gas for cooking.  It's perched high on the rocks with a long stone etched staircase connecting it to the central village.

Nubian kitchen - basic but it has many modern conveniences 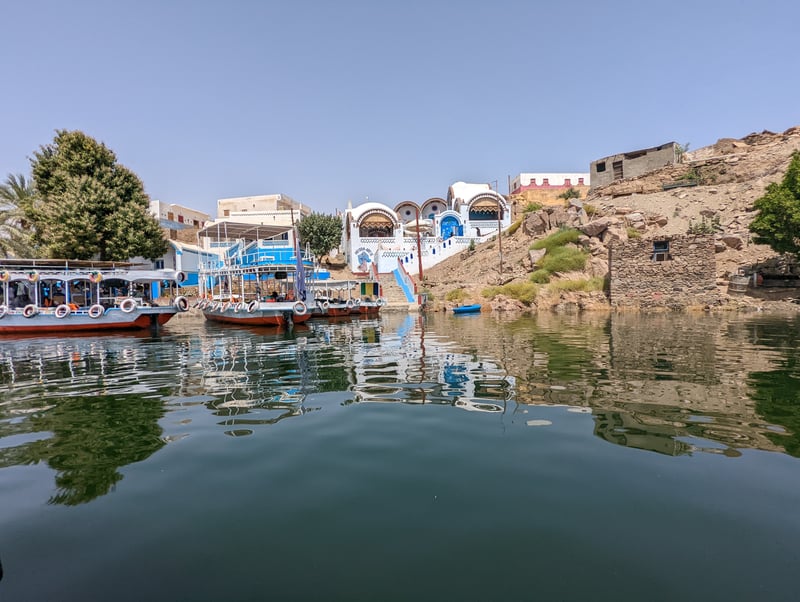 Nubian village, viewed from the Nile.

A frieze from Kom Ombo

Columbo is no Kom Ombo

Later in the evening we visited the Kom Ombo Temple . This Temple is unique in two ways:

This is the seventh in our series on Uniworld’s Gems of Northern Italy river cruise.  Today's...

Gems of Northern Italy - Day 6 Burano and the Northern Lagoon

This is the sixth in our series on Uniworld’s Gems of Northern Italy river cruise.  To read from...