Make Your Next Vacation Your Best Vacation!®

Today we leave Galway and visit two breweries and a bar on our way to Trim.  This is our last full day of the Joe Sixpack Irish Beer & Whiskey tour.  You can start at our first day here.

Today's adventure is to the Aran Islands.  This is day 7 of the Joe Sixpack Irish Beer & Whiskey tour.  Pick up from our first day here.

We set our sites on the Cliffs of Moher today.  We check out of the Killkenney PLaza this morning.  Actually we simply leave our bags outside our rooms, have breakfast and then leave.  CIE takes care of check out and luggage for us automatically - nice.  Catch up with day 1 of our trip here.

The Dingle Peninsula was our focus for today, our fifth day of the Joe Sixpack Ireland Beer & Whiskey tour.  You can catch up starting with day 1 here.

Our Ireland beer tour continues as we leave Dublin and make our way across the Irish Countryside.  Click here for day 3.

Our Joe Sixpack Ireland Beer & Whiskey tour continues in Dublin featuring the Book of Kells.  Today we left the hotel for a quick bus tour of the city of Dublin.  The city is currently putting in a new tram line and so many streets are under construction.  During the short bus ride to Trinity College our guide pointed out the Georgian architecture (especially the doors of Dublin), St. Stephen's green (one of three Georgian squares of the city) where the rebellion of 1916 started.  She also pointed out Oscar Wilder's birthplace and James Joyce's influence on the city. 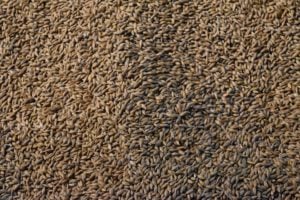